Happy New Year to all of my readers! First, an apology. Due to life being so hectic in the second half of 2016, I have somewhat neglected this site, but I will be backfilling the posts that I have missed over the next few months – there’s another trophy in my cabinet to tell you all about!

Secondly, and seemingly out of nowhere, came the #BRKC2017 draw on the evening of Saturday 14th January. This, like the previous two years, was my first opportunity to find out who I would be facing in the first four rounds of this year’s championship. I waited patiently for my name to be called and eventually (I was the 53rd driver pulled out of the bowl) I could see how my heats were lining up. However, with the heat dispersal system, only after the last driver was drawn were all of the heats finalised.

The image below shows the full draw (with my races highlighted). Each day this week, I will focus on one of my races, starting with Round One, Heat Six tomorrow! 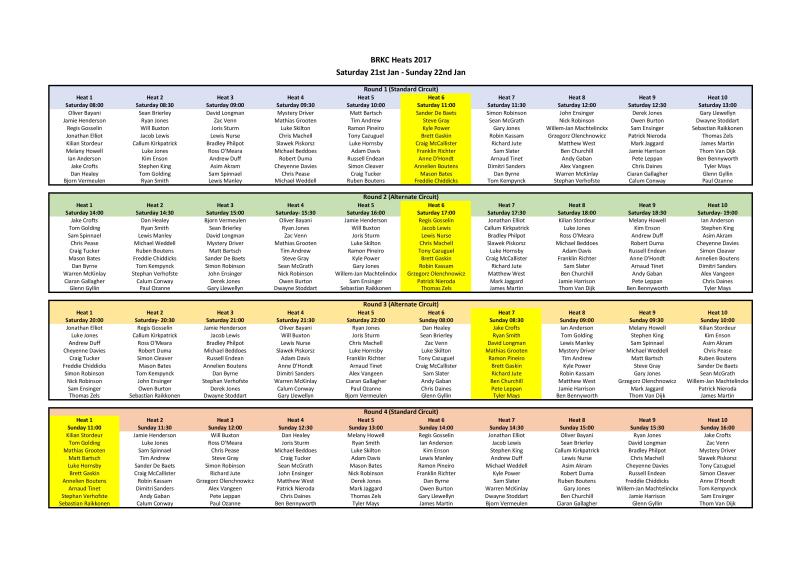